Meena ni Duniya Episod, Meena Radio Program
Meena Ni Duniya :- Meena Radio is being broadcasting for the first time in Hindi in Uttar Pradesh, the countrys largest state with a population of 191 million comparable to that of Brazil. Each 15-minute program has a story, a song and a game designed to entertain school children while encouraging them to think. 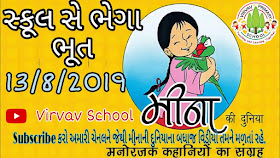 Background. Meena Radio initiative communicates with children directly through a radio programme that also involves the teachers and uses school

Meena is a fictional character who stars in the Asian children's television show Meena. ... through her stories in comic books, animated films (Meena Cartoon), and radio series (affiliated with the BBC).

Meena Ni Duniya Radio Programme.Meena has existed as a popular cartoon character for decades throughout the region and is recognized in Sri Lanka, Bangladesh and Pakistan as well as India.Meena Ni Duniya Radio Programme targets young people between the ages of 11 and 14, an age where they are prone to drop out of the school. In UP, the dropout rate in primary school is 25 per cent, but rises to 55 per cent in upper primary school, with more girls dropping out of school than boys.

Meena Ni Duniya Radio Programme Circulated by Unicef that dedicated for Girl Education in india.Meena is a fictional character who stars in the Indian children's television show Meena.The show has been broadcast in languages such as Bengali, English, Hindi, Nepali and Urdu. The lead character, Meena educates the children of South Asia on issues of gender, health, and social inequality through her stories in comic books, animated films, and radio series.

The secondary characters of her stories include her brother Raju, and her pet parrot Mithu. Her audience goes on her adventures as she attempts to get an education, have an equal share of food as Raju, and learns about the HIV virus. All of her stories advocate change in social and cultural practices.

Her popularity is due to her not being closely bound to just one country or culture of South Asia, but uniting the common characteristics of them all. Her creation is partly due to the UNICEF, an organization that supports the growing educational awareness of South Asia through Meena and her stories.