LRB Lokrakshak / Constable Important News 2019
The Department of Personnel and Training under the Prime Minister's Office issued the order in this regard on Wednesday. According to the order, from now on, all irregular employees working in the central government department will be paid the same as the minimum wage and inflation allowance of the regular employees' wages standard for working eight hours after working eight hours. They will be paid as many days as they work. It is also pertinent to note that in accordance with Order No. 49014/1/2017, they will not be entitled to regular employment.

These employees were currently being paid the minimum wages announced by the respective state governments. The Delhi government has fixed a monthly salary of Rs 14,000 for unskilled workers. Now, following the order of the central government, they will get minimum wage, ie monthly salary of Rs 30,000, as per Group D's wages That means their pay will be doubled at once.
The order also clarifies that if the work of an irregular employee is different from the regular employee's work, he will be paid only on the basis of minimum wage fixed by the state government. 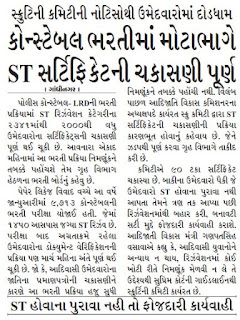